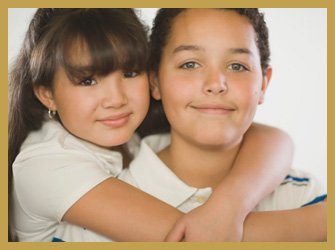 Wants, desires, ideals and world views often evolve and vary from generation to generation. These changes aren’t just generational, even members of the same generation have different priorities of what is important to them and what kind of life they want to lead. What was once a vast world, filled with places and cultures only in books and encyclopedias has become more accessible over the last 100 years due to advancements in technology. It’s easier now than it’s ever been to satisfy this wanderlust and explore the world. More and more people want to discover the world, experience different cultures and uncover what was once a mystery. Even more recently, technological advances have made it easier for people to work remotely from anywhere in the world, able to stay connected and easily communicate with their employer, allowing them to satisfy their wanderlust and stay employed to finance their adventures. This has led to the more daring members of our society to eschew traditional ideals of putting down roots and adopt nomadic, location independent lifestyles. As discussed in one recent article, not only are single people and couples adopting this lifestyle, but more and more families are as well. https://www.smartertravel.com/family-world-travel-growing-trend/ 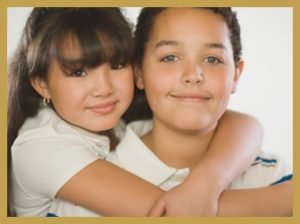 As with any way of life, there are benefits and challenges. There are obviously exciting and unique experiences for families that simply aren’t available to those who lead more traditional lifestyles. But with these experiences come not only new challenges, but also some of the same every day challenges everyone faces. Normal difficulties associated with raising children, maintaining a healthy relationship with your partner, dealing with financial matters, and other everyday challenges follow families anywhere. Raising a family is difficult work, and with the additional stress created by the unique challenges leading a nomadic lifestyle, it can cause an even greater strain on families and nomadic families aren’t immune from breakups and custody disputes.

With these changes in priorities and life styles, the law sometimes struggles to keep pace with these trends. While we are no doubt more connected to people all over the world and international relationships are becoming more and more common, it is still a geographically massive world which can create problems when relationships change and children are involved. Custody disputes are difficult and the difficulties are even more pronounced when the parents live in different countries. A recent article appearing on mlive.com raised some novel issues in regards to international custody disputes. https://www.mlive.com/news/grand-rapids/2019/02/michigan-familys-nomadic-life-ends-in-international-dispute.html The article detailed the struggles of a family originally from Michigan that is in the middle of a complicated international custody dispute. What makes this case unique and noteworthy is that it deals with issues not previously contemplated by the existing law due to the family’s preferred nomadic lifestyle. In adopting a location independent lifestyle without a permanent residence, the Kortman’s inadvertently took up residence in a legal gray area filled with uncertainty.

While every divorce and custody dispute is unique in some way, adding in a nomadic lifestyle brings with it its own unique challenges when trying to resolve custody and parenting issues. A key issue in custody disputes that is often overlooked is the residence of the parents and children. Where the children and parents live matters immensely in determining which laws will be applied and where the case will be heard. In a typical custody dispute, this may not matter if all the relevant parties live in the same jurisdiction, but more and more, that is not the case. Interstate and international relationships are not uncommon. Even when the parents live in the same jurisdiction during the relationship, if one of the parents is from a different state or country and relocates prior to a case being initiated, it can lead to jurisdictional issues.

Current laws address many of these residency and jurisdictional issues, whether it be Michigan case, an interstate dispute, or even an international dispute. These laws are instrumental in determining where a case is going to be heard and what laws will be applied when making custody, parenting time, support, and other relevant determinations. However, there are always situations that current laws do not address, which is where the Kortman family finds themselves.

Most domestic laws regarding custody are child centric, with the aim to have the case decided where the children reside, in accordance with the laws of that jurisdiction. The concept of a nomadic lifestyle was not considered when these laws were enacted. For example, regarding interstate custody disputes in the United States, the Uniform Child Custody Jurisdiction and Enforcement Act (“UCCJEA”) requires that the case be heard in the child’s “home state” which is where the child resided for six months preceding the initiation of the case. For international custody disputes, the Hague Convention is the controlling relevant legal authority, so long as both countries involved are signatories to the Hague Convention. Under the Hague Convention, a child should be returned to the place of habitual residence. A case will then be heard in the jurisdiction of the child’s habitual residence. Unfortunately, the Hague Convention does not offer a definition of “habitual residence” which is entirely unhelpful and creates a great deal of uncertainty.

Therefore, the residence of the children is a important threshold question in international custody disputes. What makes the Kortman’s case difficult is the disagreement over what the children’s habitual residence is. Originally from Michigan, the family had lived in several different countries around the world prior to arriving in Mexico, including a return to the United States. The family had been in Mexico for a couple of months when they did file for residency status in Mexico, and remained afterward, but the parties disagree over whether or not that created a habitual residence for the children. While the father contends that this is sufficient and they intended on remaining in Mexico, the mother disagrees. Filing for legal status certainly gives credence to this argument as opposed to merely basing the decision on how long the parties lived in a place. However, during their travels the parties continued to promote their nomadic lifestyle suggesting that Mexico may just have been a longer stay than other places, not a permanent change to a location dependent lifestyle that would establish a habitual residence. This may give some merit to the mother’s argument that the parties were merely doing so in order to avoid the costs and hassle of renewing their visas, and that they did not intend to make that their habitual residence.

The uncertainty regarding a clear habitual residence that meets the requirements under the Hague Convention will force a court to essentially assign one based upon its interpretation of the law and the facts that they have. This difficult position the court is in creates not only legal uncertainty for the Kortman’s but also could create precedent for similar situated families in the future. Regardless of how the court rules on this matter, it is clear that current laws are somewhat unpredictable and ill equipped to handle all issues that can arise with a nomadic lifestyle and with the increasing number of international families, this issue will likely come up again.

It is important to remember that while these issues are no doubt important and have a significant impact on a custody dispute, arguing over jurisdiction and what laws to apply is the under card to the main event, the appetizer to dinner. These are battles over preliminary issues and there is still the important underlying legal fight regarding the custody of the children. Sorting out the details of where the children will primarily live, what kind of parenting time the parties will have, support to be paid, and all of the other ancillary issues will still need to be sorted out. Adding protracted litigation regarding jurisdiction can cause parents to lose focus on the important issues and only makes international custody disputes much more difficult on the parties involved, putting additional emotional and financial strains on the parties and children. Where laws are clear on jurisdiction, parties can usually avoid these costly preliminary legal fights and concentrate on the important issues. Unfortunately, until the law evolves and provides more guidance for situations like the Kortman’s, parents will have no choice but to fight this fight.

Navigating such a complex and difficult situation without an attorney experienced and well-versed in these issues and a thorough understanding of the relevant laws is foolish. The Law Offices of Kathryn Wayne-Spindler has handled many international cases over the course of the last several years and is well equipped to advise and assist you with any international custody or divorce issues you may have. The attorneys at Kathryn Wayne-Spindler & Associates are experienced attorneys who change with the times to meet the needs of their clients. Contact Contact the Milford, Michigan law office of Kathryn Wayne-Spindler & Associates at 248-676-1000 for assistance. The attorneys of Kathryn Wayne-Spindler & Associates practice family law throughout Southeastern Michigan including Oakland, Wayne, Washtenaw, Genesee and Livingston counties as well as four mid-Michigan counties Clare, Gladwin, Ogemawand Roscommon. The attorneys handle cases in Milford; Highland; Hartland; White Lake; Wixom; Commerce; Walled Lake; Waterford; West Bloomfield; Linden; Fenton; Flint; Grand Blanc; Holly; South Lyon; New Hudson; Howell; Clare; Gladwin; Houghton Lake; Higgins Lake; and many more Michigan communities.