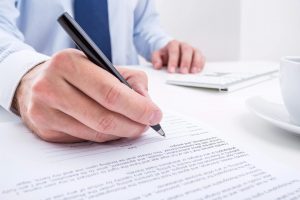 Grey’s Anatomy Star Patrick Dempsey and his wife Jillian Fink are in marital limbo according to celebrity gossip magazines. Their high-profile On-Again-Off-Again Divorce raises questions about the process of halting the divorce process once one party has filed.

TMZ reported on Nov. 10, 2015, “She filed for divorce in January, and our sources say Patrick Dempsey has tried since then to repair the relationship.” The couple was last seen holding hands in Paris this past month.

People Magazine also reported that the couple is “working on their relationship” nearly 11 months after filing for divorce. Jillian and Patrick Dempsey, 49, were married for 15 years before their early 2015 split, according to People Magazine. The couple had apparently been fighting about hobbies and travel that took Dempsey away from the family home for long periods of time. Fink is reportedly irritated that he hasn’t been present to help with parenting their three children. 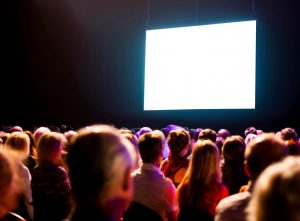 Celebrities like Patrick Dempsey aren’t the only ones in on-again off-again divorces. It’s actually relatively common.

“Psychologists refer to this pretty common dating practice as “cycling”, and have found that a relationship that cycles during the dating phase is more likely to cycle once you live together or are married,” according to an October 2015 Huffington Post article by Alice McAlexander.

Once a person files for divorce, he or she can request a dismissal at any time but it will only be granted if both sides approve and agree. There is only one way a divorce can be dismissed by one party.

“When you file a complaint for divorce you have to serve the other party within 90 days or the case will get dismissed and you will have to re-file,” according to Wixom Divorce Attorney Kathryn Wayne-Spindler. “Obviously, if you’re having trouble serving your spouse or you are not prepared within three months you can request an extension or alternate service method. If you just decide you do not want to proceed after all, you can let the summons expire and the case is dismissed.”

This is called Expiration of the Summons.

Who Can Dismiss Divorce?

The “defendant” cannot dismiss the divorce proceedings either. If the dismissal occurs before the other party has been served, the filer can usually fill out a form requesting that the process be stopped. Or simply let the summons expire. Once that form is filed with the court, he/she will need to inform the spouse of the intention to discontinue the divorce.

If the divorce is already in process, the court may require a hearing to ensure that both parties want to discontinue the proceedings. The defendant may have an opportunity to continue on with the divorce.

WOTV Legal Expert Gail Saukas recommends, “If your spouse is not in agreement, you cannot do anything to stop the divorce once a response has been filed… If, however, you both agree to a reconciliation, your attorney can file a Notice of Dismissal without Prejudice, which you both have to sign, informing the Court that you wish to stop the divorce proceedings.”

If the initial divorce filing was met with a counterclaim, both parties will have to fill out the same paperwork acknowledging their intentions to dismiss the divorce.

If the couple needs some breathing time to work on reconciliation, the attorneys can halt forward progress on the case for a few months. “If no progress is made on your case after several months the Court will eventually dismiss the case for lack of progress so this is only a short respite to allow you to reevaluate your feelings,” reports Gail Saukas.

The next deadline is when the Court sets a trial date.

“If you’re not ready to go forward by your trial date, the Court can dismiss your case and make you start over,” according to Wayne-Spindler. “This is usually within a year of filing because of the requirement placed on the Courts by the State of Michigan Court Administrator to conclude divorce cases within a year.”

For more information on delaying or cancelling a divorce proceeding contact Oakland County Divorce Attorney Kathryn Wayne-Spindler. She offers free consultations and is happy to speak with people either over the phone or in-person regarding their legal questions. If your issue is outside her legal experience or geographic area, she will give advice or a referral. Contact her at the Milford, Michigan office of Kathryn Wayne-Spindler & Associates at 248-685-8888.