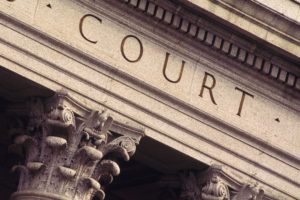 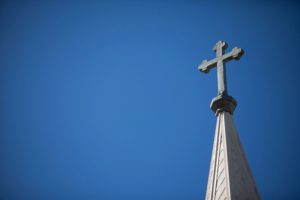 How does civil annulment differ from the Catholic process of obtaining Declarations of Nullity? First off, the standards are different.

The United States Conference of Catholic Bishops’ article, “Annulments (Declarations of Nullity),” explains religious annulment as, “a Church tribunal (a Catholic Church court) declares that a marriage thought to be valid according to Church law actually fell short of at least one of the essential elements required for a binding union.”

“If a marriage is declared null, does it mean that the marriage never existed? No. It means that a marriage that was thought to be valid civilly and canonically was in fact not valid according to Church law. A declaration of nullity does not deny that a relationship existed. It simply states that the relationship was missing something that the Church requires for a valid marriage.”

In a civil annulment, the courts will look to see if the legal standards for a valid marriage were met. According to according to the AboutRelationships blog, “A brief overview [of] Civil Annulment Laws.” there should not have been:

“In most cases of Civil Annulment the marriage is of short duration and normally there is no issue of splitting marital property, child custody or child support,” according to the AboutRelationships blog, “A brief overview [of] Civil Annulment Laws.”

If a civil marriage is annulled, there are two possibilities: void and voidable.

A void marriage is one that is not legally viable according to state and federal laws. This is spelled out in Michigan Legislative Statute 552.1 These include:

In the instances of void marriage, the spouses have no choice. The marriage is unlawful. Technically, no legal action is required to void the marriage, but most people in this situation want some sort of legal proof to move forward with future relationships.

With voidable marriage, it is up to the partners to determine if they want to stay married. They have grounds for an annulment if they choose. This could be the case if one of the spouses was between the age of 16 and 18 and no parental consent was obtained. Or when one party is impotent or if there was fraud or duress.

Does religious declaration of nullity require a civil annulment?

Because of the unique qualifications for each, they do not impact each other. A couple can be civilly divorced and religiously annulled.

“A religious annulment has no legal effect on your marital status,” according to the DivorceNet article, “The Basics of Annulment in Michigan.”

Children of a null marriage are considered legitimate and child custody and support are treated in the courts as they would be with a divorce. For a civil annulment, “If an annulment is granted for force or fraud, custody of children from the marriage will be given to the innocent parent,” according to the AboutRelationships blog, “A brief overview [of] Civil Annulment Laws.”

Although civil annulments are rare, there are instances when clients request one. We can help with the court proceedures. Contact the Milford, Michigan law office of Kathryn Wayne-Spindler & Associates at 248-676-1000. We can answer your Michigan annulment questions. We have helped countless clients over more than two decades of family law practice in Southeastern Michigan. Our attorneys handle cases in Oakland, Livingston, Genesee, Washtenaw and Wayne counties.