Social media and its various platforms may be a newer concept in the history of the world, existing for about fifteen years, but it’s been around long enough that the dangers and downsides are quite apparent. There are countless recent examples of old tweets, Facebook comments, Instagram photos, and other postings, coming back to haunt the poster. 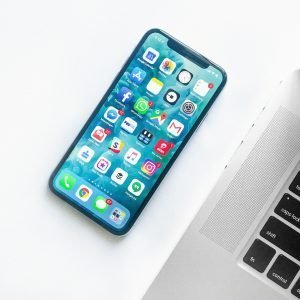 Whether it be offensive content, incriminating photos, or other posts, it seems every week there is a different athlete, celebrity, or other famous person being taken to task for their questionable social media posts and content. Whether or not this scrutiny is warranted or misplaced, the fact remains, that when social media users post content, the public will examine it, judge it, comment on it, and react to it. Those reactions will not always be positive, especially if the content is controversial.

While most of the examples in the news focus on famous people, even those without millions of followers can face the same scrutiny. It’s very easy for even the most well-intentioned, seemingly innocuous post intended only for a few close friends to quickly go viral beyond those friends and out into to the world and be misconstrued in a negative light. Yet even armed with knowledge of these cautionary tales, people are still amazingly open with what they post and continue to post questionable or inflammatory content to their social media platforms. People easily ignore the fact that once you post something to social media, it’s out in the world and you no longer have control over that post.

Such postings can have adverse effects beyond just bad PR. If you are every involved in any sort of legal matter, social media content can easily surface and has the potential to complicate your legal matter. Whenever someone is involved in litigation, their personal life can be relevant and attorneys will certainly try to dig up what they can to prove their case which means social media posts are not only fair game, but a good resource for attorneys to review. It’s surprisingly common the number of people that post content to social media that is an admission or evidence of a crime. You shouldn’t be breaking the law to begin with, but you certainly shouldn’t be documenting and posting evidence that you did for the world to see.

In family law cases, social media posts can play a significant role as well. Personal conduct and behavior can play a role in the outcome of custody disputes. While the court isn’t concerned in monitoring the day to day conduct of the litigants, when that conduct affects the parent’s ability to effectively parent the child, it becomes a concern for the court. Social media can provide attorneys and courts a clear, first-person view of how a person is conducting themselves. Excessive alcohol and drug use, inflammatory and harassing comments toward spouses and children, and other questionable behavior regularly appear on social media and can impact a custody determination. A litigant can deny they have a drinking issue while testifying, but when their timelines are filled with comments and references about drinking, accompanied by many photos with them holding a drink in their hand, the court is less likely to believe their testimony. These are common examples of social media postings our office encounters on a regular basis.

Blocking a former spouse or partner on social media does not always prevent the content from getting out either. Due to the shared social media connections, there are often mutual friends that may relay postings, or access postings from other accounts. Even if you find success in keeping the postings hidden from your spouse, you won’t be able to keep them hidden from the discovery process.

In a recent article, “Discoverability and Admissibility of Social Media Evidence” Laches, January 2019, Timothy P. Flynn provides an in-depth analysis of social media and its role in litigation. Discovery, the process of gathering evidence to use at trial, is a valuable tool for attorneys in preparing a case. Under Michigan law, any information that is not privileged, which is relevant to the subject matter involved in the pending action, is discoverable. Even if the information sought will be inadmissible at trial, information can still be discoverable if the information sought appears reasonable calculated to lead to the discovery of admissible evidence. MCR 2.302(B)(1). This is an incredibly broad standard, which does include social media postings. Attorneys can request copies of social media postings from parties themselves or even subpoena the social media platforms. Although there are protections and privileges that can keep certain information private, none of these existing exceptions specifically protect social media postings, even when on private social media pages. 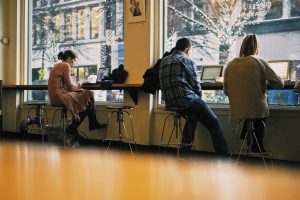 While postings are easily discoverable, and can cause issues on their own, whether they can be used at trial is another issue. Evidence needs to be relevant. That is, have a “tendency to make the existence of any fact that is of consequence to the determination of the action more probable or less probable than it would be without the evidence.” MRE 401.Therefore, if social media comments and posts can be tied to behavior pertaining to any of the best interest factors, it will be relevant. Beyond being relevant, evidence must be authenticated. That is, shown by sufficient evidence to support a finding that the evidence is what its proponent claims it to be. MRE 901(a). Therefore, in order to introduce the evidence, a party must provide preliminary evidence, also referred to as foundation, to meet the relevancy and authentication requirements.

There are no current evidentiary rules that apply specifically to social media postings so it’s easy to assume they should receive the same treatment as all evidence under the rules. However, some courts view social media postings with more scrutiny as accounts can be faked or manipulated more easily than traditional evidence and require more thorough foundation evidence to authenticate. Randall J. Mattson explores the different authentication approaches in his article “Criminal and Civil Law Evidentiary Issues in Social Media” Laches, January 2019. The approach Maryland uses involves more scrutiny and strict requirements to authenticate social media postings. They offer three different methods for authenticating evidence. The first way requires the testimony of the purported author regarding the post, a second method involves an examination of the purported author’s computer to determine if the post was generated there, and a third option is to obtain information directly from social media network the posting was made on. This clearly makes authentication a difficult process. Conversely, he outlines what is sometimes referred to as the “Texas approach.” Under this approach, social media postings are subject to same requirements as any other evidence and can be authenticated through, witness testimony, distinctive characteristics, and normal methods of authentication. Michigan currently follows this second approach. People v Dunn, 500 Mich 899; 877 NW2d 626 (2016).

With social media postings, an attorney will need to show not only that the content exists and that it pertains to the case, but also that the that the account is genuine, the social media posts weren’t manipulated or faked, and alleged party or witness actually posted it to an account that they are responsible for. It may seem pretty obvious that you know whose social media account it is, but it is a leap in logic to assume that the owner posted it themselves and courts require more than assumptions. There needs to be some showing that they in fact were the person responsible for posting the content and that it wasn’t posted as a result of shared account access, fraud, or some sort of hack. While these issues make authentication of social media postings more complicated, they can still be authenticated and introduced.

Another possible concern is that the social media posts are hearsay. Hearsay is defined as “a statement, other than the one made by the declarant while testifying at the trial or hearing, offered in evidence to prove the matter asserted.” MRE 801(c). Written statements are included in the hearsay definition under MRE 801(a), however some courts have held that some social media postings may not be statements if they are simply photos and not asserting anything. Perfect 10 v Cybernet Ventures, Inc., 213 F Supp 2d 1146, 1155 (C.D. Cal. 2002). Furthermore, although hearsay is not admissible, like with most laws, there are always exceptions and the Michigan Rules of Evidence provide many exceptions to the hearsay rule that are available and could apply to the proffered evidence.

Even if the postings are inadmissible at trial, there are still practical considerations for avoiding questionable social media postings. In custody cases, it’s usually best if the parties can resolve their issues on their own to avoid an ugly trial filled with mudslinging. Such trials create even more bad feelings between the parties, taking an already broken relationship and fragmenting it further. This is unhelpful because they will still have to work together and co-parent until their youngest child turns 18 and has graduated high school. Posts venting frustrations about your spouse or partner, posts about their parenting abilities, posts about the ongoing case, and posts about new romances only serve to add fuel to the fire and exacerbate the ongoing arguments making resolution of the matter much more difficult. These unnecessary, avoidable and public comments often make a person more unwilling to make concessions and can easily sidetrack a possible settlement.

Social media and its impact on society is remarkable in many ways. It does offer real value and can magnify our voices and allow us to easily connect with friends, family, and others anywhere in the world so that we can share our thoughts and lives with them. However, it’s not all unicorns and rainbows and there can be adverse consequences to our posts as well. Everyone has said or done things they wish they could take back; the difference is now those dumb or inappropriate comments from years ago that were made in conversations with a few close friends and were quickly forgotten now get made on social media posts that live on forever. That’s not to say people shouldn’t share their thoughts and keep things to themselves, however they need to pause and consider what they are sharing and who they are sharing it with. It’s easy to get caught up in what we are feeling or experiencing in the moment, love, hate, happiness, sadness, anger, jealousy, etc., and let our emotions guide us, but taking a moment to consider how your post will be received in court before pressing “submit” may not be a bad idea. The attorneys at Kathryn Wayne-Spindler & Associates are experienced attorneys who change with the times to meet the needs of their clients. Contact  Contact the Milford, Michigan law office of Kathryn Wayne-Spindler & Associates at 248-676-1000 for assistance. The attorneys of Kathryn Wayne-Spindler & Associates practice family law throughout Southeastern Michigan including Oakland, Wayne, Washtenaw, Genesee and Livingston counties as well as four mid-Michigan counties Clare, Gladwin, Ogemawand Roscommon. The attorneys handle cases in Milford; Highland; Hartland; White Lake; Wixom; Commerce; Walled Lake; Waterford; West Bloomfield; Linden; Fenton; Flint; Grand Blanc; Holly; South Lyon; New Hudson; Howell; Clare; Gladwin; Houghton Lake; Higgins Lake; and many more Michigancommunities.