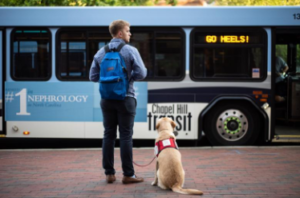 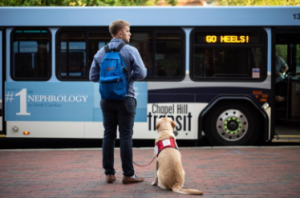 In recent years, policy surrounding assistance animals has been cast into the public spotlight. This is, in most part, due to the increasing trend of certifying animals that do not fulfill an actual service role. As reported in the July 2018 edition of the Michigan Bar Journal, the term assistance animal is a wider umbrella term encompassing service animals, therapy animals, and emotional support animals. Every type of assistance animals’ purpose is to assist its owner with a disability, whether it be mental or physical. The differences between these types of assistance animals come down to the exact role they fill, the amount of training they require, and the right to access afforded to the different classifications. It is rather difficult to differentiate between the type of assistance animal when encountered in person, leading to many often receiving benefits not legally afforded to them.

Emotional support animals are afforded the least rights under current US policy and require the least amount of training. This has led to much controversy in recent years, as there has been a rising trend of misrepresenting emotional support animals as service animals. This is compounded by the relative ease of access when certifying animals for emotional support, resulting in many animals being certified for emotional support without receiving training for the role nor serving the intended purpose for their owner. The certifying of untrained and unqualified animals as assistance animals has led to many industries pressuring the federal and state governments to make reform. 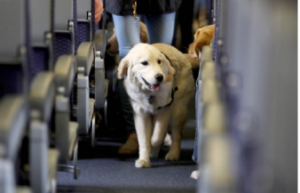 The U.S. airline industry in specific has encountered many difficulties dealing with unruly assistance animals and has made a significant effort to bring about reform through legislation surrounding the issue. The Federal Government, along with various states, have taken note of this issue and are working towards passing stricter regulations on assistance animals. H.R. 4, known as The FAA Reauthorization Act, is a bill currently being processed through Congress. Its main purpose is to reauthorize many programs of the FAA, but also includes provisions creating minimum standards for allowing assistance animals on flights. Section 446 of this bill, titled “Harmonization of service animal standards”, would better define the term ‘assistance animal’ for the purpose of air travel and create a minimum set of standards for requirements of assistance animals riding in aircraft cabins. This could eventually lead to airlines requiring photo ID for assistance animals to verify the service they provide for their owner, documentation stating whether the assistance animal was trained by a certified organization, and documentation from a physician confirming the need for an assistance animal. 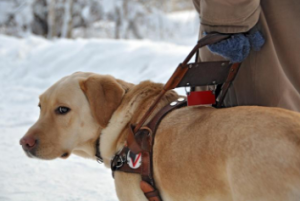 In Michigan, there is state specific legislation in progress which addresses this topic. S.B. 663 is a Senate bill currently being worked on that would make misrepresenting an animal as an assistant animal or misrepresenting its exact classification illegal. This bill would make violating this rule a misdemeanor offense, with punishments ranging from a $500 fine up to short-term imprisonment. Also included in these penalties is making misrepresenting the possession of an assistance animal to landlords grounds for expedited eviction. It also defines requirements of prescribing therapists, such as they must have an established practice, must have been seeing the patient for a period of no less than six months, and are able to provide documentation establishing the necessity of the service animal when requested by the patient or an established agency.

In addition to the above, there are a number of other bills currently processing through the Michigan Senate, such as H.B. 5281, which defines the requirements to become a certified assistance animal trainer, further defines each class of assistance animal, and outlines a minimum standard for how an assistance animal should conduct itself following training. 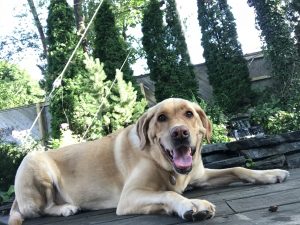 While it is currently relatively easy to obtain an assistance animal, the above-mentioned bills show that the standard for obtaining one is being raised which will make the process and subsequent maintaining of its certification much more difficult. Much of the legislation already in place surrounding assistance animals comes from the Americans with Disabilities Act. As the trend of misrepresenting the certification of animals has increased, it has become more difficult for those with disabilities who strongly rely on their animals to receive the accommodations afforded to them under the ADA, as many public venues have begun to doubt the validity of assistance animal certifications. The upcoming legislation is aimed at minimizing these problems so that disabled people face less difficulty when traveling with their companions. It is important to familiarize yourself with these regulations so that you do not find yourself on the wrong side of these laws in the future.

If you would like to read about this more in depth, the following resources are available: