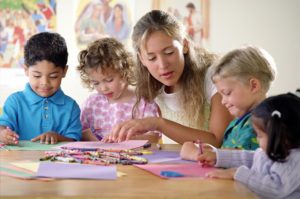 A look at Michigan House Bill 4691

The Michigan House Bill 4691, proposing changes to the Child Custody Act of 1970, was introduced on May 31, 2017 and has been referred to the Committee on Judiciary. (Citations below show proposed changes indicated by strikethroughs and the suggested language amendments in bold, all-caps.) The latest proposed changes to the Michigan child custody laws include the very title of the act.

According to Michigan House Bill 4691 introduced by Reps. Runestad, Kelly, VanSingel, Lucido, Hauck, Cole and Tedder reads, “Sec. 1. This act shall be known and may be cited as the “child custody act of 1970“.”MICHIGAN SHARED PARENTING ACT“.

The title demonstrates the new bill’s emphasis on emphasizing both parents’ rights to continue their relationship with the child. Obvious restrictions preclude a child being placed in an unsafe environment. If one of the households could expose the child to domestic violence, substance abuse, unhygienic environments or neglect the courts will have the right to reduce parenting time or require supervised visitation.

The existing Michigan Child Custody Act of 1970 requires judges to determine what custody situation would best suit the child based on the Established Custodial Environment and several factors including the child’s:

What changes could mean for divorcing parents

“It’s already very rare for a judge to award sole custody,” said Child Custody Attorney Kathryn Wayne-Spindler. “If the new bill passes, however, there would be even greater pressure on the parent seeking sole custody to show that the other parent would somehow harm the child.”

Under current laws, each parent is required to demonstrate how they will provide the best environment for the child in order to gain more parenting time – each vying to prove their ability to provide love, affection and attention in addition to basic necessities. If the new rules are approved, the standard of equal parenting time would be assumed with the onus for proving that the other parent is a bad influence in order to alter the visitation time ratio.

“Section 6.a (10) A COURT SHALL GRANT JOINT LEGAL CUSTODY TO THE PARENTS UNLESS THE PARENTS MUTUALLY CONSENT TO ANOTHER AGREEMENT OR 1 PARENT DEMONSTRATES BY CLEAR AND CONVINCING EVIDENCE THAT A CHILD’S HEALTH, SAFETY, OR WELL-BEING WOULD LIKELY BE MATERIALLY COMPROMISED.” According to HB 4691.

One of the factors that would demonstrate risk of harm is exposure to violence. HB 4691 explains that the presumption of equal parenting time can be altered if, “THE CHILD HAS BEEN EXPOSED TO DOMESTIC VIOLENCE, REGARDLESS OF WHETHER THE VIOLENCE WAS DIRECTED AGAINST OR WITNESSED BY THE CHILD, INCLUDING VIOLENCE THE CHILD MAY BE EXPOSED TO BY A FAMILY MEMBER OR AN UNRELATED PERSON WHOM THE PARENT ALLOWS TO HAVE CONTACT WITH THE CHILD.”

Some would argue that the new rules, if approved, give parents seeking to avoid child support payments increased leverage. “By creating a presumption favoring joint physical custody in sit­uations when there is an established custodial environment, HB 4141 may increase the bargaining power of the unscrupu­lous parent,” according to a Michigan Bar Journal article, “Maintaining the Child’s Best Interest in the Determination of a Child Custody Dispute”by Mark A. Snover and Marcus M. Kasper.

The Change of Domicile range would be reduced from 100 to 40 miles (driving distance.) Previously a parent needed court permission to move more than 100 miles away. If approved, the new bill could reduce that to 40 miles. This change is yet another reflection of the importance the legislation is placing on consistent two-parent involvement.

“The proposed bill reads, “100–40-mile rule. Except as otherwise provided in this section, a parent of a child whose custody is governed by court order shall not change a legal residence of the child to a location that is more than 100 40 miles from the child’s legal residence OR SCHOOL at the time of the commencement of the action in which the order is issued. UNLESS THE COURT DETERMINES FOR THE BENEFIT OF THE CHILD THAT THE DISTANCE OF 40 MILES WOULD NEGATIVELY AFFECT THE CHILD’S ACCESS TO PARENTING TIME, PARENTAL INVOLVEMENT IN THE CHILD’S SCHOOL, OR THE CHILD’S ABILITY TO ACCESS HIS OR HER ROUTINE SUPPORT GROUPS AND EXTRACURRICULAR ACTIVITIES. THE DISTANCE OF 40 MILES IS DETERMINED AS MEASURED BY A VEHICLE’S ODOMETER UNLESS OTHERWISE AGREED TO BY THE PARTIES.”

Another interesting change may be the addition of a stated age at which the courts give weight to a child’s custody preference. The bill reads, “A CHILD HAS A STRONG, GENUINE, AND REASONABLE PREFERENCE IF THE COURT CONSIDERS THE CHILD TO BE OF SUFFICIENT AGE AND MATURITY TO EXPRESS PREFERENCE AND THAT PREFERENCE IS NOT CAUSED AS A RESULT OF PARENTAL ALIENATION. PREDOMINANT WEIGHT SHALL BE GIVEN TO A CHILD’S PREFERENCE AFTER HE OR SHE TURNS 16 YEARS OF AGE.” 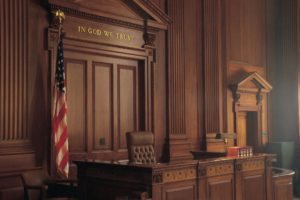 Previously, judges had the discretion to determine which children were mature enough to contribute to the custody decision. There was also a somewhat unwritten, but generally accepted, understanding that once a teen has a driver’s license, enforcing custody orders could get sticky so the courts might do well to take teenagers’ wishes into account when designing workable parenting orders.

The HB 4691 suggested age guideline still allows judges leeway but introduces more consistency across districts and courthouses. It’s worth noting that the age suggestion in the 2015 proposed custody bill HB 4141 (a precursor to HB 4691) was 14. That had Wayne-Spindler and other attorneys concerned. “Younger teens tend to be more impressionable and may be vulnerable to manipulation by battling parents,” said Wayne-Spindler. She thinks the suggested age of 16 is appropriate. Even though attorneys and judges are on the lookout for parental alienation, she said she would worry that younger kids may be at greater risk if their opinions were given too much consideration. “That’s too much pressure on an eighth-grader,” Highland Attorney Wayne-Spindler said.

The experienced Michigan attorneys at Kathryn Wayne-Spindler & Associates keep up on the latest developments in Family Law. They’ll be watching the progress of HB 4691 to make sure clients have the most current information as they approach divorce and child custody situations in Michigan. For help with child custody and child support cases, contact the Milford, Michigan law office of Kathryn Wayne-Spindler & Associates at 248-676-1000. The attorneys handle cases throughout Southeastern Michigan including Oakland, Washtenaw, Livingston, Genesee and Wayne counties. The firm helps clients in Milford; Highland; Hartland; White Lake; Commerce; Waterford; Walled Lake; Howell; South Lyon; New Hudson; Grand Blanc; Holly and many more local communities.