As the world of celebrity gossip demonstrates, on-again off-again marriages are not exactly common, but not unheard of either. There are enough reconciling exes out there to earn the turn-around marriages a nickname, Boomerang Couples. 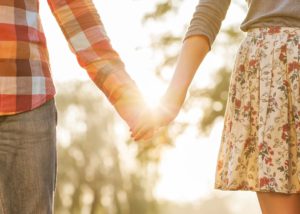 According to an MSN Entertainment article, “Boomerang Couples: Celebs who Reconciled with their Exes,” from March 23, 2015, Baywatch star Pamela Anderson and Poker player Rick Salomon “first came together in October 2007 only to have their quickie marriage annulled six months later.” After six years apart, they remarried in 2014 and Anderson filed for divorce early in 2015 including a restraining order against Salomon. Elizabeth Taylor and Richard Burton first met in 1963 on the set of Cleopatra and married a year later. According to MSN Entertainment, the couple stayed together for 10 years, separated for a year, remarried and divorced again a year later. So what can less-famous spouses learn from celebrities’ public Boomerang couples relationships?

Many celebrity relationships cited on the Internet as Boomerang Couples were broken by fickleness and surface tension. They may have had deep relationships beyond the reach of the prying paparazzi’s eye. But much of what seemingly breaks celebrity couples is when public judgment overwhelms private connection. For non-superstars, there is less public bravado. However, with the constancy of Facebook and Instagram, we are bombarded with images of other happy couples on date nights, celebrating anniversaries, and profuse public accolades of spousal approval. As a wise social worker once noted, “nobody posts about fighting with their husband over dishes in the sink.” Social media can tend to make us think that everybody else’s relationships are rosier than our own. It skews the norm and gets people thinking that the rest of the world is huggie-selfieing their husbands all the live-long day.

When it seems like the grass of friends’ marriages are greener it cause people to sour on their own spouses. Before divorcing in the first place, and certainly before remarrying the same person, take stock of what’s really worthwhile in a relationship. Look inward, ignoring the enviable connections that others seem to have with their spouses. Remember that every relationship has downsides, whether public or not. Make a Pros and Cons list and be willing to share it with your mate. If it turns out that most of your values and priorities are similar, perhaps seek counseling to work on communications tactics that could make you happier in the everyday and make the original (or second) marriage work.

For celebrities who are used to drama and publicity, both life events – divorce and marriage -provide a thrill of notoriety and attention. On a smaller scale, this is true for others as well. In these days of social media, boomerang couples can provide daily fodder for Twitter posts and Facebook rants. For those who crave the rush of conflict and resolution, boomeranging back to a former spouse provides both. Since each party is aware of the nature of the former relationship, they are guaranteed to have topics to fight and make up about. Before remarrying the same person, investigate whether one or both partners has attention-seeking qualities that are being fed by the marriage-then-divorce cycle.

After infidelity, the public shame of being betrayed may make the cheated-upon partner feel like despite what’s working in the rest of the relationship, the only option to save face is divorce. In the throws of vengefulness, he or she might feel like the betrayal defines their entire relationship. In a “throwing the baby out with the bathwater” scenario, divorce is sought. After separation, each spouse might come to realize that there was more to their connection than the impulsive cheating. Sometimes, these boomerang couples seek each other for a second marriage.

Before divorcing, investigate whether the relationship is truly broken beyond repair. If time apart is required, but there’s enough of a bond to consider reconciliation someday, consider either a temporary separation or seek a Judgment of Separate Maintenance, that is like a divorce but the spouses remain legally married.

The cycle of life sometimes causes exes to look back with fondness at a past relationship. Needs and wants change as we progress through married life and sometimes even come full circle. In young adulthood, often there is passion, excitement and daring. Along with these hormonally-motivated emotions, there is an innocence and short-sightedness that has people seeking like-minded partners. For celebrities, their first marriages may occur pre-fame. For non-power-couples, the first marriage might have been for “true love” without much foresight to the long-term demands of children, finances, aging parents and careers.

In our 30s and 40s, often times finances, fame and opportunities grow. As new “better” spousal options become available, some decide to slough off the “familiar” in search of an A-list partner. Years later however, the thrill of status-chasing may fall away and the person may be left wishing for a simpler, more intimate connection represented by the original spouse. Other times, the second split may not be by choice because as one’s status fades, the trophy partner goes in search of a more powerful partner. The rejected spouse may become nostalgic for the first love.

“There is power in knowledge, so you need to go into the marriage a second time and understand you’re entering a second marriage. It’s not the same as the first one,” says Laurie Puhn, a relationship coach and author of “Fight Less, Love More: 5-Minute Conversations to Change Your Relationship Without Blowing Up or Giving In” (Rodale).

When considering remarrying the same person years later, treat it as a new relationship, not an interrupted continuation of the original one.

Ah, the fundamental question. Whether famous of not, spouses consider this question often. There’s even an old joke about marital conflict that goes, “Women go into marriage thinking they can change their partner, and they can’t. Men go into marriage hoping their wife won’t change, and she does.”

The quick answer is that when it comes to relationship behavior changes, sustainability counts. Generally, outward behaviors are easier to change than inward beliefs, traits or long-term habits. Recovering addicts don’t acknowledge changed habits until they’ve been sober for at least two years. Everyone is capable of putting on a good show for a few weeks or even months. But when is the change considered real?

“Unless the individuals have fundamentally changed for themselves, a rekindled relationship runs the risk of picking up the same failed dynamics exactly where it left off. Remember: There was a reason the relationship failed in the first place” according to Charles J. Orlando’s article, “Boomerang Men: Why Exes Come Running Back.”

Just as with the conventional wisdom about addiction, change has to come from within. An alcoholic forced into treatment by others will not be as successful as one who realizes he’s hit rock-bottom and chooses to make the changes to save himself. The same goes for marriage. If one spouse lays out ultimatums as the basis for remarriage, odds are the changes won’t stick. If the partner truly feels that the change will improve his or her life in addition to making a partner happy, there is a better chance. 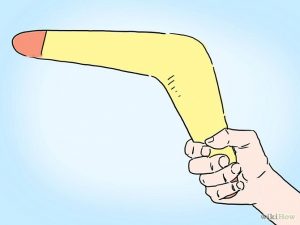 Judge Judy and Jerry Sheindlin are an example of a Boomerang Couple that has stayed together the second time around. As the MSN article recounts their “married life hit a rough patch when Judy’s father died in 1990. The death took a toll on their marriage and they got divorced.” A year later they remarried and are still going strong.

There are couples that are meant to be together and divorce is simply a hiccup in an otherwise long, happy marriage. As “Joe” was quoted regarding his Boomerang Marriage on the Smart Marriages website: The Coalition for Marriage, Family and Couples’ Education, “We just say: the divorce didn’t work out.”