‘The graph shows the percentage of Americans who met their partners online as a function of the year they met. The data is adapted from a study by Michael Rosenfeld from Stanford University and Reuben Thomas from City College of New York and is based on a nationally representative sample of 3,009 partnered respondents.’

Increasingly, apps like Tinder, Facebook, Match.com, E-Harmony, WhatsApp, Skype, Facetime, and WeChat are making finding and maintaining a long-distance relationships possible. According to statistics cited in an e-Harmony article, as many as 40 percent of Americans use online dating. Besides online dating sites, international couples sometimes meet when one person is on a business assignment, study abroad or military tour in the other’s country. As a society, our geographic boundaries for romantic attachments are stretching. But what happens when an international relationship turns into international divorce?

There are many positive aspects to a multi-cultural, international marriage as Corey Heller recounts in her blog, “10 Reasons Why You Should Marry a Foreigner (Like I Did).”

Some of Heller’s observations are light-hearted, like her attraction to the foreign accent and a chance to throw two weddings. Other people in multi-national relationships cite more meaningful opportunities like the chance to learn a new language and experience another country’s customs. This is a far cry from the former assumption that anybody marrying a foreign spouse was just looking for a green card, according to the blog “Top 5 Myths About International Dating.”

The Downsides to International Marriage

Heller writes of the downfalls to marrying someone from another country in her blog, “10 Reasons Why You Should NOT Marry a Foreigner (Like I Did).”

She lists the language barrier; loss of holiday traditions; missing family; expensive travel and cultural misunderstandings. She also relates, “Ever since my husband and I have been together vacations have taken on a whole new meaning: Visiting family. I can’t remember the last time we took a long vacation that didn’t have as its core visiting family members.”

International divorce complications also make her list. She writes, “What if he wanted to move back to Germany? Where would the kids live? Would they live with me or him or travel between us both? All in all, international couples who divorce tend to have more difficult decisions to make when compared to those who live in the same country,” writes Heller. 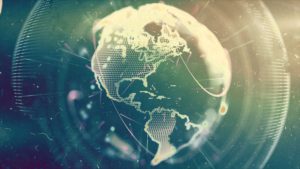 Studies have shown that international marriages tend to be successful. This is partly because overcoming international relationship obstacles requires commitment. Casual couples are less likely to make it all the way to marriage vows. International marriage may also have greater success rates because of the interdependence that living and travelling far from home engenders.

A recent ICLE (Institute for Continuing Legal Education) Family Law seminar titled “International Issues in Marriage and Divorce,” by Ashish S. Joshi outlined many of the legal intricacies that international couples may face when divorcing.

International couples divorcing in Michigan courts must consider jurisdiction, process serving, marriage validity, grounds for divorce, child custody issues, division of assets, and pre-nuptial agreements. Once the couple is divorced, there are also sometimes complications in the enforcement of the international divorce settlement.

The ICLE materials explain that the courts will look at the “law of the country in which the marriage took place to rule on the validity of a marriage.” The does not necessarily correlate to either of the party’s countries of citizenship or their current residence.

When considering international divorce cases, the courts have the right to decline jurisdiction if another court would be better suited to handle the case. Some factors of consideration include the expense and difficulty of conducting the trial far from relevant witnesses and other necessary parties; enforceability of a judgment; and “private interests of the litigant,” according to the ICLE seminar materials.

The ICLE materials explain that Michigan courts will not recognize a common law marriage contracted within the state however judges can consider a foreign common law marriage when the union conferred “what amounts to marital rights.” A foreign marriage that violates Michigan human rights rules such as one that involves “bigamy, incest or lack of informed consent,” may not be considered valid according to the ICLE materials.

When determining where to file for international divorce, fault may be a consideration. As the ICLE materials explain, “Most U.S. states are no-fault states. Sometimes however, a party can be severely injured by a judgment under no-fault rules.” In other words, if available, the faulted party might benefit from being able to select a court that takes fault into account when deciding child custody or division of assets.

Having assets in multiple countries may complicate and extend the international divorce process. This is especially true when one or both parties are attempting to hide money from the other side. An experienced international family lawyer may be able to help track down hidden assets.

Child custody can be one of the most difficult parts of an international divorce because of shared visitation complications and the high risk of abduction during contentious splits. In instances of abduction threat, the ICLE materials explain that courts may “take preventative measures for keeping children safe. For example, many courts will issue protective orders or hold the children’s passports until custody and parenting time is decided.”

This is especially crucial because once children have been removed from their home country, it can be a difficult process to find and return them. Consult an attorney familiar with the Hague Convention laws for help with an International Child Abduction case. An International Child Custody attorney will help clients demonstrate to the court the child’s residence, home country, relationships and the potential for harm to the child in a foreign country.

Another complication of International legal cases, is serving parties in foreign countries. If the other country is part of the Hague Convention, an International Family Lawyer can help apply for service through a Central Authority.

For couples considering either international marriage or divorce, contact the Milford, Michigan law office of Kathryn Wayne-Spindler & Associates at 248-676-1000 for a free legal consultation.