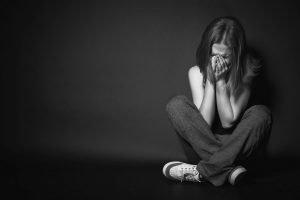 I’ve been a family law attorney for more than 20 years now and I have seen families ripped apart by alcohol and drug abuse. I’ve also witnessed the positive, reaffirming and heartwarming tales of parents reunited with children after a scary bout with addiction. The path of alcohol and drug use->abuse->addiction-> ruin is not a certain one. Clients have recovered. So whether drug abuse or alcohol abuse is the primary source of legal trouble or compounding it, there are five items I wish my family law clients knew about drug abuse and testing that can prevent a bad situation from becoming worse.

Not all drugs are equal in the eyes of the court. Anyone who has watched a television crime drama has probably heard the phrases “Schedule 2 Narcotic” or “Controlled Substance.” This refers to the Drug Enforcement Administration’s CSA (Controlled Substances Act) which categorizes substances in five main divisions. “Substances are placed in their respective schedules based on whether they have a currently accepted medical use in treatment in the United States, their relative abuse potential, and likelihood of causing dependence when abused,” according to the DEA Diversions website.

If drug abuse is impacting your family law matter, consult with experienced South Lyon Family Law Attorney Kathryn Wayne-Spindler who can advise you how the courts might regard an addiction depending on the category of the substance.

Obviously testing is an important part of management and treatment of addiction. It also plays into family legal matters such as custody and divorce. In the case of custody, the court referee will want to see clean drug tests over a designated period of time before allowing supervised, unsupervised or overnight visitation time. The RESULTS program in Oakland County does a great deal of the testing in criminal cases. But other programs such as JAMS does too. The RESULTS program utilizes randomly-scheduled and monitored urine tests. “Court ordered clients must call the RESULTS Hotline daily to hear colors and letters assigned to test each day,” according to the Oakland County RESULTS page. The sheriffs receive weekly reports and daily alerts to positive tests. In Oakland County, the PBT is $4. Urine Drug tests are $15. Confirmation Drug Tests and Urine Alcohol Tests are $20. JAMS works the same way.

It’s important for clients to be aware that these screenings check for more than one type of drug. In the past, people have started using a new drug in an effort to stop using another. Drug testing can show all drugs in the system.

The courts want to know both that the individual is sober at the time of testing, but may also be looking for evidence of previous use. The PBT (or Preliminary Breath Test) is randomly-scheduled and shows whether the person currently has alcohol in his or her system.

The ETG measures Ethyl Glucuronide that, “has been shown to be a sensitive and specific marker for ethanol consumption and is detectable in urine for up to 80 hours after alcohol has been ingested.”

There are countless myths about substances that produce false positives on both drug and alcohol tests. For instance, the Mythbusters – Jamie Hyneman and Adam Savage – “confirmed” the myth that poppy seed bagels and bread can produce a false positive result for opiate drug testing. Check out the attached clip.

Other substances rumored to have an impact on reliable testing include:

Although the Internet is rife with contradictory tales regarding each of these and many more, anyone on a drug-testing protocol would be wise to check labels and avoid questionable substances. If a false positive does occur, consult your attorney and perhaps a doctor quickly to try to document the source. Ask to be re-tested after having eliminated any questionable substance. Immediate response can help avoid a lengthy set-back.

Unfortunately, alcohol and drug abuse is common in our society. And it can have very serious impacts on marriage and family relationships. But it does not have to be an absolute and final break in family ties. More so even than job loss or financial trouble, quite often, the prospect of losing a connection with family members can be the much-needed motivation to kick a drug abuse or alcohol habit. The courts are reasonable about giving recovering addicts a second-chance to salvage a parental relationship.

Consult with experienced South Lyon Family Law Attorney Kathryn Wayne-Spindler about how to rebuild from addiction. Contact the Milford, Michigan office at 248-676-1000. We handle cases throughout Southeastern Michigan including Oakland, Washtenaw, Wayne, Genesee and Livingston Counties.