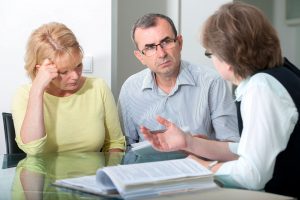 The term Silver Divorce has been tossed around for years but not much is said about Silver Separation. There are many sources for the label. Some say it’s for the color of the participants’ hair, reaching their Silver Anniversary (25 years) or the large amount of “silver” (read assets) involved in the dissolution of the marriage. But there may be an alternative to divorce for older couples. Experienced Howell Divorce Attorney Kathryn Wayne-Spindler explores some good reasons that a Silver Couple might choose Legal Separation over Divorce.

Silver Separation may have advantages

During a Legal Separation proceeding, the couple negotiates division of assets including real estate, pensions, income, investments and possessions – just like in a divorce. The courts determine alimony, child support and child custody. The only difference is that the couple is still legally married after the split. The spouses are free to move on to separate lives but obviously cannot marry someone else without going back to the courts for a divorce. The legal fees and timeframe are about the same for divorce and Legal Separation.

There are four aspects to Silver Couples that may make them better candidates for Legal Separation than their younger counterparts: 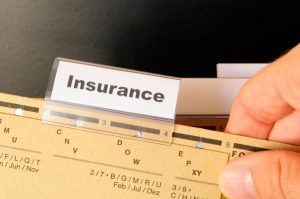 One of the big reasons for staying legally married is the ability to continue sharing health and life insurance. With ObamaCare, each spouse must obtain his or her own health insurance after divorce. At advanced ages, people may have a harder time finding affordable health insurance. In some cases, Silver Separation allows couples to continue the health care benefits of the spouse’s plan.

2 – Preserving value when dividing assets
When retirement accounts are divided there is a certain amount of loss. There is the expense for designing a QRDO. Sometimes, financial management companies charge higher rates for lower-value accounts costing each spouse additional fees. If an even division of assets cannot be achieved during divorce with the existing liquid assets and “like” property, sometimes possessions or real estate needs to be sold to even out the split. The assessment fees, commissions, costly renovations and depreciation all dig into the asset’s value. Sometimes separations, especially in the case of high-asset property divisions, may allow more leeway in designing a fair division of assets. What may seem lopsided in a contentious divorce, maybe be amenable to a separating couple looking to get out of an uncomfortable marriage with as little loss as possible. This is especially true if one or both parties is a successful professional or owns their own business(es). For couples that have established elaborate estate plans, leaving them intact with Legal Separation saves time, effort and lawyers’ fees.

3 – Religion
Sometimes older couples may be more attached to the conventions of traditional religious practice that forbid divorce. By remaining legally married, the couple is staying true to their promises to God and each other to stay married “until death do part us.”

4 – Compromise
Mutually negotiating a separation may be psychologically and emotionally easier to bear than the finality of divorce. Legal Separation may be especially suitable to spouses who are conflict-averse. Once a Legal Separation has been negotiated, it can be turned into a divorce decree relatively easily unless there are major changes. The Separation paperwork can also be easily rescinded if the couple reunites.

Howell Legal Separation Attorney Kathryn Wayne-Spindler has been a family law attorney for more than 20 years and has counseled many couples in their choice between divorce and Legal Separation. Contact our Milford, Michigan office for a free consultation at 248-685-8888 to find out if a Silver Separation might be right for your situation.