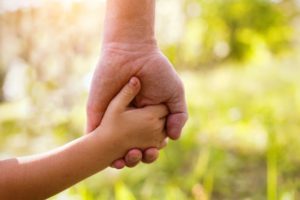 So, does having lots of children increase marital stability? Yes and no.

Statistics have shown that the optimal number of children to experience increased marital stability is between one and four. Childless couples and those with 5 or more children are more likely to divorce according to statistics.

For families with more than four children, divorce risk increases. There are many reasons:

“As we expected,” said Tim B. Heaton, associate professor of sociology at BYU, “there is increased stability in a marriage following the arrival of children. But the stabilizing force of children is greatest when the family size is not too large,” or no more than four children according to the article, “HAVING LARGE FAMILY MAY INCREASE RISK OF DIVORCE, Y. RESEARCHER SAYS”

Apparently, the financial strain of having numerous children can be a burden that comes between parents. A large bustling family also increases the pressures of overscheduled calendars and transportation needs.

Additionally, many large families may have one or more sets of twins or triplets that can contribute to an increased risk of divorce.

“Research revealed that 28 per cent of parents of twins or triplets separated or divorced, compared with 24 per cent of other families. A study, entitled “The Effects of Twins and Multiple Births Families and Their Living Standards”, showed that financial pressures were among the most common reasons given for the breakdown of families,” according to the article, “Parents of twins ‘more likely to divorce‘” by Nick Collins.

Many parents of large families may have married at a younger age increasing their divorce risk as well.

“It probably comes as no surprise that tying the knot as a teenager makes you vulnerable to divorce later on. Marrying your high school sweetheart might be the stuff of fairy tales, but waiting until your 20s can improve your chances of domestic bliss. According to a U.S. Census Bureau study,” according to the article, “Risk Factors for High Divorce Rates,” by Amy Pennza.

Having more children increases the odds that one or more of the children will have ADHD, Autism, Cancer or other challenges. Having a child with one of these health issues is also shown to increase the couple’s divorce risk.

“If you have a child who has ADHD, you are 22.7 percent more likely to divorce before the child reaches his or her eighth birthday than parents of a child without ADHD,” according to a SmartMarriages.com article, “21 Factors That May Increase the Risk of Divorce.”

Childless couples are more likely to divorce than those with 1-4 children.

“If you have a childless marriage. The absence of children leads to loneliness, and at least 66 percent of divorced couples in the United States are childless.” According to an article in smartmarriages.com entitled, “21 Factors That May Increase the Risk of Divorce.”

Of course, this is a correlation and not a causational relationship. A chicken-and-the-egg debate so to speak. The article indicates that couples without children are lonely and less likely to form a strong bond with a spouse. However, it could also be said that couples that are unhappy and on the path to divorce may decide not to have children.

The bottom line is that none of the statistics is overwhelming. So, couples should not base their family-building decisions on divorce risk. But rather making smart decisions about what they can handle and when. As you see, in general, children increase marital stability.