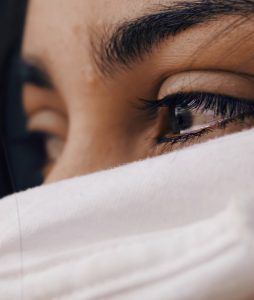 Domestic abuse is a serious issue that should always be taken seriously and addressed. Even still, it is difficult topic that makes many people uncomfortable. People are often reluctant to confront the fact that their friends, family or even themselves are abusers. Even when showing concern for friends or family members they believe may be victims, they are quick to accept assurances that everything is alright. Domestic abuse thrives in silence and can frequently be easily concealed in intimate relationships. Regrettably, it is also not uncommon in our society and is often present in the family law cases that come through our office.

However, there has been an increased societal effort to bring awareness to domestic abuse and an effort to educate and empower victims so that they can remove themselves from these toxic and harmful relationships. When talking about domestic abuse, most people assume that conversation is limited to physical acts of violence, yet it is also important to understand that domestic abuse is multi-faceted and is not limited solely to physical abuse. Domestic abuse can occur in a variety of ways and includes other non-physical behaviors as well.

One such resource that provides a more complete picture of domestic violence is the power and control wheel, also sometimes referred to as the Duluth Model, produced by Domestic Abuse Intervention Project in Duluth, Minnesota. http://www.ncdsv.org/images/PowerControlwheelNOSHADING.pdf  The power and control wheel explains different methods of power and control a person will use to manipulate a relationship which are circled by a ring representing more overt physical and sexual violence. The different sets of behavior are: 1) Intimidation, 2) emotional abuse, 3) isolation, 4) minimizing, denying and blaming, 5) using children, 6) male privilege, 7) economic abuse, 8) coercion and threats. These cover many abusive behaviors that are more subtle than physical and sexual violence, but are every bit as abusive and damaging.

It is important to understand what sorts of behaviors are included in these categories. Intimidation refers to behaviors such as using words and gestures to instill fear, destroying a person’s property, abusing pets, and displaying weapons.. Emotional abuse includes put downs, name calling, mind games, humiliation, making someone feel guilty, and other behaviors to destroy someone’s self-esteem. Isolation is control by limiting where a person goes, what they do, who they see and interact with, and other behaviors to cut them off from friends and family. Minimizing, denying and blaming behaviors are essentially include making light of abuse, not taking concerns seriously, denying that it happened, and shifting responsibility for the abuse through victim blaming. Abusers also don’t hesitate to use children against their victim, threatening to take them away, using the children to relay messages, using visitations to harass the victim, using the children to cause guilt in a person. Male privilege is another form of abuse, where the abuser uses their position and antiquated social norms of gender roles to establish a position of power in the home, where the abuser is master of the castle making all the decisions, and treating their victim as a servant to meet their needs. Economic abuse is another common method of control, where an abuser will take control of the family monies, restricting or denying access to their victim, or preventing a person from obtaining or maintaining employment. Finally, coercion and threats are used as a means of emotional blackmail, threatening to leave, threatening to report their victim to authorities for neglect, making them do illegal things, or even threatening suicide.

These feelings of hopelessness are misplaced, and with the increased attention and awareness of domestic violence, victims are empowered and do not have to remain silent, More and more, victims are bringing such domestic abuse to light in divorce and custody litigation. This is important because it does play a role in these cases and victims and children can be protected when these issues are brought to the court’s attention. However, it’s not easy to completely remove a parent from the children’s lives, and domestic abuse does not always rise to the level that would require it, so joint custody of a child or children does occur, even in situations where abuse is present. That’s not to say domestic abuse does not matter at all, because Michigan courts do inquire about domestic abuse in divorce and custody cases and consider it when making custody decisions.

When referring to joint custody, Michigan law is referring to an order that addresses one or both of the following: a) that the child shall reside alternately for specific periods with each of the parents; b) that the parents shall share decision making authority as to the important decisions affecting the welfare of the child. MCL 722.26a(7). The first refers to what is commonly called physical custody, the second refers to legal custody. Physical custody and parenting time are often used interchangeably by lawyers and refers to which parent has the children and for what times. Legal custody refers to decision making authority regarding significant decisions of the children’s health, education, and general welfare.

With custody cases, the children’s best interests are the guiding principle in decision making regarding the care and custody of the children. The “Best Interests of the Child” are clearly defined by statute as the sum total of the enumerated factors that are to be considered, evaluated and determined by the court. MCL 722.23. There are eleven specific factors listed and a twelfth sort of catch all factor that allows a court to consider any other factor that the court deems relevant to a particular child custody dispute. Domestic violence is included as a specific best interest factor to be evaluated under MCL 722.23(k), which states that “[d]omestic violence, regardless of whether the violence was directed against or witnessed by the child.” Therefore, if domestic violence is present in any form, the court will consider it when determining whether joint physical and legal custody is appropriate.

Joint custody, both physical and legal, between parents unfortunately means that the relationship with your abuser is not completely severed and is merely changing. While this change in relationship does allow a person to regain control of their life and take away the power and control the abuser has, the continued co-parent relationship means there is still potential for the abuser continue their abusive behavior. Abusers will use all sorts of tactics to maintain power and control, and left unchecked, many of these behaviors can continue or even worse the abuse gets shifted toward the children. That’s why it’s important to bring these behaviors to the court’s attention during your case so the court can address them.

Lawyers and judges do not want to expose a victim to continued abuse after a separation and they certainly want to ensure that children are protected and shielded from these behaviors. They have many tools that can be used to fashion orders and agreements to combat the abuse. Depending on the level of abuse, the restrictions could be suspended or supervised parenting time, requiring pick-ups and drop offs to occur at school where one party is not present and there is no interaction or exchanges taking place at a police station, limiting contact between the parties to email or a program such as Our Family Wizard which allows the attorneys and court to view the messages that are being exchanged, ordering counseling for an abuser to address their issues, as well as other options depending on the situation. With these restrictions contained in a court order, the abuser will risk contempt of court in the event of non-compliance and be subject to the contempt powers of the court.

With experienced legal counsel who has a thorough understanding of domestic abuse and years of experience litigating these issues, you and your children can be better protected. Our office has over 25 years of handling family law cases involving abusive relationships and will be a trusted ally in the fight against abusers to put an end to the abuse and help you regain command over your life. With our firm by your side, you and your children will not have to fight alone.

If you can not afford to pay for the services of a brick and mortar firm but need to leave a bad situation, Michiganonlineattorney.com can help you get started. If at any point you need the services of full scale representation our law firm can become more involved.

If you are a victim of domestic abuse, know that it is not your fault and that there are many people and resources willing to help. Since our office is located in Oakland County, one resource we frequently refer clients to is HAVEN, which provides shelter, counseling, advocacy, and educational programming to domestic abuse victims. HAVEN’s 24-hour crisis and support line is (248) 334-1274 or you can call for general information at (248) 334-1284. Our office can also help with the legal issues surrounding domestic violence, so do not hesitate to reach out to us at (248) 676-1000. The attorneys at Kathryn Wayne-Spindler & Associates are experienced attorneys who change with the times to meet the needs of their clients. Contact  Contact the Milford, Michigan law office of Kathryn Wayne-Spindler & Associates at 248-676-1000 for assistance. The attorneys of Kathryn Wayne-Spindler & Associates practice family law throughout Southeastern Michigan including Oakland, Wayne, Washtenaw, Genesee and Livingston counties as well as four mid-Michigan counties Clare, Gladwin, Ogemawand Roscommon. The attorneys handle cases in Milford; Highland; Hartland; White Lake; Wixom; Commerce; Walled Lake; Waterford; West Bloomfield; Linden; Fenton; Flint; Grand Blanc; Holly; South Lyon; New Hudson; Howell; Clare; Gladwin; Houghton Lake; Higgins Lake; and many more Michigan communities.